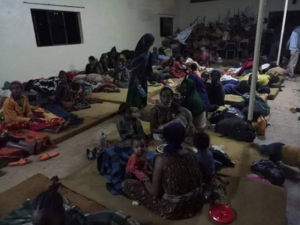 Head of Rural Political Sector with ODP, Addisu Arega Kitessa, wrote on his Facebook that the crackdown against individuals suspected of inciting violence has continued. He said progress has been made in restoring peace and that the regional government would soon focus on returning the displaced to their homes. The ODP said in a statement last week that the crisis in Western Ethiopia was instigated by elements that are bent on reversing the political reforms in the country.

At least 40 people were killed in recent weeks in ethnic violence in areas bordering the Oromo and Benishangul-Gumuz regions while tens of thousands have been displaced.

Last week, the government announced that the defense forces and federal police force have been deployed to the regions to quell violence.

Speaking to ESAT, police commander for the Benishangul-Gumuz region, Seyfedin Harun blamed a splinter group of the OLF for the crisis in the region.

The OLF, a separatist group, is one of the armed opposition groups that has recently returned home from exile after a call by the government for peaceful political struggle.