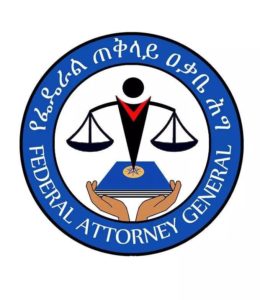 The office of the federal attorney general says it has dispatched teams to various parts of the country where ethnic clashes have claimed lives and triggered massive displacement.

The office said in a press statement that investigations were underway against the masterminds of recent ethnic violence that resulted in deaths, destruction of property and the displacement of peaceful citizens.

The attorney general office said those individuals that are accused of stoking ethnic violence would be prosecuted to the fullest extent of the law.

The statement also said the attorney general would not target suspects because of their ethnic background but for the crimes they have allegedly committed.

The attorney general also vowed to continue with its crackdown against corruption, economic saboteurs and violators of human rights, which the office said was crucial as the country moves forward with its political and economic reforms.

At least 40 people were killed in recent weeks in ethnic violence in areas bordering the Oromo and Benishangul Gumuz regions while tens of thousands have been displaced.

A number of suspects of high level corruption, including managers at the Metals and Engineering Corporation (MeTEC) have been arrested in recent weeks as the government vows to continue its fight against corruption.